What Is Orff, Anyway?

Students at Buchanan School are generally instructed using the Orff Method of teaching.

The Orff method is named after Carl Orff (1895-1982). He was a German composer, conductor and educator. His most famous work is the oratorio "Carmina Burana". Carl Orff was the music director at the Günther-Schule; a school of music, dance and gymnastics that he co-founded in Munich. His ideas were based on his belief in the importance of rhythm and movement. Today, the Orff method has expanded and is used all over the world to educate children and adults alike. 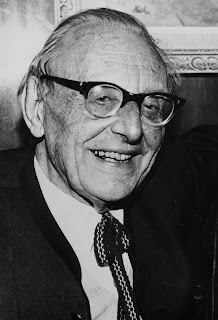 What is the Orff Method?

"The Orff Method is a way of teaching children about music that engages their mind and body through a mixture of singing, dancing, acting and the use of percussion instruments (i.e. xylophones, metallophones, glockenspiels). Lessons are presented with an element of "play" helping the children learn at their own level of understanding. It is a way of introducing and teaching children about music on a level that they can easily comprehend. Musical concepts are learned through singing, chanting, dance, movement, drama and the playing of percussion instruments. Improvisation, composition and a child's natural sense of play are encouraged."
(Espie Estrella, http://musiced.about.com/od/lessonplans/tp/orffmethod.htm) 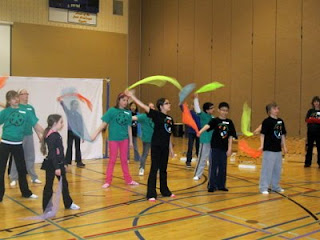 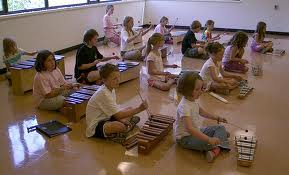 Posted by Buchanan Music Program at 17:40