It is almost that time of year again! The month of June, when all students at Buchanan watch a musical movie. Previous musicals include Mary Poppins, Annie, The Wizard of Oz and Chitty Chitty Bang Bang.

This year, students in grades 4 & 5 will be watching Newsies: The Musical.

Students in Kindergarten to Grade 3 will be watching an old favourite of mine, Pete's Dragon!


Students in Room 9 (Grade 1/2/3 Multi-Age) have been working on orchestrating the story Willy the Worm. They chose instruments and playing techniques they believed would help to communicate the story. They also illustrated it themselves!

Some of the curricular outcomes they met included:
Enjoy!

Every June students at Buchanan School watch a musical in music class. Past musicals include The Wizard of Oz, Mary Poppins, Chitty Chitty Bang Bang, and Alice in Wonderland.

This year I would like to show students in grades 4 and 5 an exciting musical called Newsies. The musical is based on the 1899 true story of a courageous group of scrappy newsboys who become unlikely heroes when they rally forces to fight an unscrupulous newspaper tycoon. This Disney film is rated PG, as it involves some slapstick comedy and choreography that mixes dance and fist fighting.

If you would like to preview the movie, you can also rent it from iTunes. There may also be some videos of the entire movie on YouTube (example: Newsies Part 1).

If you have read the above storyline and viewed the trailer, but do not want your child to watch Disney’s Newsies, please call Miss Queen no later than June 1st.
Posted by Unknown at 10:42 No comments:

Congratulations to Sagkeeng's Finest on winning Canada's Got Talent! We are so proud of you! Thank you to all of our Buchanan families who voted for this talented young group! 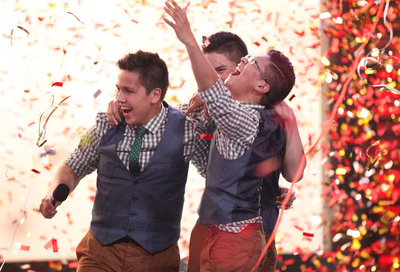 Today we were so privileged to have Sagkeeng's Finest perform at Buchanan. Sagkeeng's Finest is a jigging trio consisting of three young men, Dallas Courchene (16), Brandon Courchene (18) and Vince O'Laney (17), from Sagkeeng First Nation. Not only are these three gentlemen excellent performers, they are also finalists on Canada's Got Talent! The finals will air on Sunday, May 13 on City TV. If you want to help this incredible group win, please take a moment to vote for them on Sunday night! There are 5 ways to vote:

Please enjoy the video of the Sagkeeng's Finest presentation at Buchanan below! 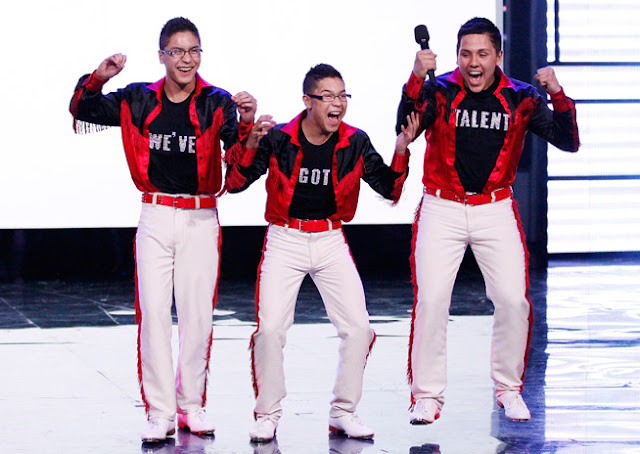 As a wrap-up of our April drumming month at Buchanan, all students at Buchanan and Hedges were fortunate to enjoy the World Beat Drumming for Schools program with Jordan Hanson on Thursday, May 3rd. Jordan is a percussion expert and music educator who has studied music in West Africa, Cuba, Brazil and Thailand. He travels all over Canada to share his experiences, knowledge and skills with students of all ages. Our students were introduced to many different kinds of percussion instruments, including instruments we had never seen or heard of before! Please see below for some video footage of this exciting day on our YouTube Channel!

Thirty-five students from Buchanan also participated in a workshop with Jordan this morning. Each student was given a djembe to play as Jordan led them through a series of unique, exciting and challenging patterns! Enjoy the video montage of this cool workshop!